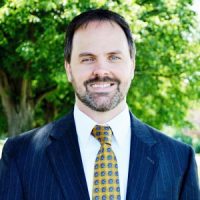 Max Taylor is in his twenty-second year of teaching music in the state of New Jersey. He attended Clayton School District where he participated in various honors ensembles, including Region Band and NJ All State Band. After high school, he attended Seton Hall University graduating with a Bachelor of Arts degree in Communications, and West Chester University of Pennsylvania graduating with a Bachelor of Science degree in Music Education. During college he studied flute with Peggy Schecter, Emily Swartley Newbold and Bart Feller of the New Jersey Symphony.

He is the Director of Bands at Vernon Township High School where he has been teaching for twenty-one years. He is a member of the Sussex County Music Education Association (SCMEA), where he has served as President, the New Jersey Area Band Association (NJAB), and the National Association for Music Educators (NAfME). He has managed several honors ensembles under the direction of various conductors such as Dr. Peter Boonshaft. He plays flute and piccolo in the New Jersey Wind Symphony.

During his time at Vernon Township High School he has earned a Master of Science degree in Educational Technology from Ramapo College of New Jersey, a Master of Science degree in Educational Leadership from William Paterson University, and a Master of Arts in Band Conducting from the American Band College of Sam Houston State University where he studied conducting with Anthony Maiello, Peter Boonshaft and Paula Crider. In addition, he performed in ensembles under the direction of highly revered composers and conductors such as, Frank Ticheli, Colonel Arnald Gabriel, Robert Ponto, Loras Schissel and Johan De Meij. In addition, he has been fortunate to perform with musicians such as Marianne Gedigian, Jim Walker, Patrick Sheridan, Allen Vizzutti, Joseph Alessi and Doc Severinsen.