The NJWS opens its 2021 – 2022 season with a concert spotlighting works from John Philip Sousa. You will hum along with familiar marches and hear some lesser known works from The March King, including “President Garfield’s Inauguration March”. With another nod to presidential inaugurations, the program will also include “No Finer Calling” by composer Julie Giroux. The “Integrity Fanfare and March” from this composition was performed by the U.S. Marine Band at the inauguration of President Biden. 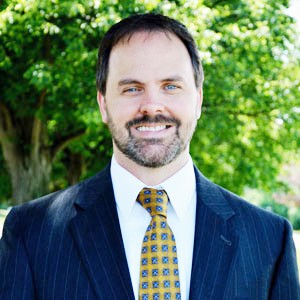 Max Taylor is in his twenty-second year of teaching music in the state of New Jersey. He attended Clayton School District where he participating in various honors ensembles, including Region Band and NJ All State Band. After high school, he attended Seton Hall University graduating with a Bachelor of Arts degree in Communications, and West Chester University of Pennsylvania graduating with a Bachelor of Science degree in Music Education. During college he studied flute with Peggy Schecter, Emily Swartley Newbold and Bart Feller of the New Jersey Symphony. Read More

He is the Director of Bands at Vernon Township High School where he has been teaching for twenty-one years. He is a member of the Sussex County Music Education Association (SCMEA), where he has served as President, the New Jersey Area Band Association (NJAB), and the National Association for Music Educators (NAfME). He has managed several honors ensembles under the direction of various conductors such as Dr. Peter Boonshaft. He plays flute and piccolo in the New Jersey Wind Symphony.

During his time at Vernon Township High School he has earned a Master of Science degree in Educational Technology from Ramapo College of New Jersey, a Master of Science degree in Educational Leadership from William Paterson University, and a Master of Arts in Band Conducting from the American Band College of Sam Houston State University where he studied conducting with Anthony Maiello, Peter Boonshaft and Paula Crider. In addition, he performed in ensembles under the direction of highly revered composers and conductors such as, Frank Ticheli, Colonel Arnald Gabriel, Robert Ponto, Loras Schissel and Johan De Meij. In addition, he has been fortunate to perform with musicians such as Marianne Gedigian, Jim Walker, Patrick Sheridan, Allen Vizzutti, Joseph Alessi and Doc Severinsen. 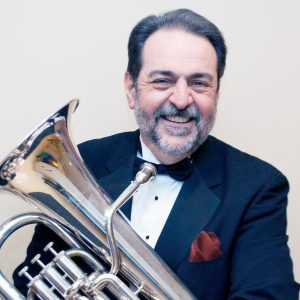 John Palatucci is a performing musician on euphonium and trombone as well as a singer, conductor, clinician, an adjudicator and educator. He holds a Bachelor of Arts degree in music education and a Master of Arts degree in music performance from Montclair State College of New Jersey as well as a Master of Education degree in educational leadership with all accompanying certificates and licenses from NJ EXCEL. Making his New York solo debut in 1983, from 1986-2005 he served the famous Goldman Memorial Band of NYC as principal euphonium, featured soloist, conductor, and business manager. Read More

He has toured and recorded with Keith Brion’s New Sousa Band and the Gramercy Brass Orchestra as well as with other musical luminaries ranging from Placido Domingo to Dave Brubeck to Frankie Valli and the Four Seasons. He is a charter member of the NJ Wind Symphony where he serves as associate conductor, principal euphonium, and featured soloist. Since 1990, he is the music director of the Orpheus Club Men’s Chorus of Ridgewood. Recent appearances include soloing with the Westchester Symphonic Winds at the Caramoor Festival, the world premiere of Patrick Burn’s Vignettes for solo euphonium and concert band with the NJ Wind Symphony, Yankee Stadium and conducting at St. Patrick’s Cathedral and the National Chorale’s Messiah Sing-Ins on the stage of Lincoln Center’s David Geffen Hall.